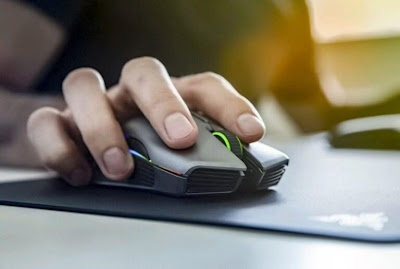 The role of a wireless gaming mouse in playing games, of course, cannot be underestimated, with a stylist shape, comfortable grip, accurate sensors.  Then the adjustable and easy-to-position input is a condition for choosing a mouse for the best game.

In the premium wireless mouse market, the quality of well-known brands such as Razer, Corsair, and Logitech has been tested even though the price is more expensive.  But for gaming it will give you a decent and satisfying setup and customization experience.

The G502 Lightspeed Wireless Series is the latest version from renowned mouse manufacturer Logitech.  Comes with an increase in the sensor sector which reaches 16K DPI.

Logitech also embeds PowerPlay technology in this series, so it will keep this wireless mouse charged continuously when connected.  Even without a PowerPlay mat, the G502 can stay functional for over 40 hours on a single charge.

This wireless gaming mouse weighs only 16g which can be adjusted to an unlocked mouse wheel and 11 buttons.  Although aggressive, this mouse design will provide comfort in every hand of its users.

The Logitech G305 is the best spec wireless mouse at the most affordable price, actually this moase in terms of price only enters the middle class, on par with some high-performance wired mice, but in terms of performance or design, this mouse has no rivals.

The G305 uses the latest Hero sensor from Logitech, a fantastic sensor that is also embedded in the Logitech G502.  This mouse can last more than 200 hours with just one AA battery.

A small wireless dongle can be stored in the body of this best wireless gaming mouse, the left and right click buttons are separated from the detachable armrest, ensuring an accurate, comfortable and satisfying click.

While the scroll wheel and buttons don't feel as premium as those on the G502, they're far better than anything you'll find in a gaming mouse for the same price.

Dark Core RGB Pro SE can also function well when paired with other brands of Qi wireless charging mouse pads, which is one of the advantages of this mouse.  The battery life of this wireless gaming mouse is very strong and can be used for up to 4-5 days until the battery is completely depleted in one charge.

Now that Qi wireless charging mousepads are becoming very popular, Dark Core has been equipped with these futuristic features along with fast and accurate performance.

Basilisk Ultimate is equipped with Razer HyperSpeed ​​wireless technology which makes it one of the fastest gaming mice in the world today.

This comfortable right-handed wireless gaming mouse features a total of eleven buttons, a 20K Focus+ sensor, and 14 dedicated RGB lighting zones using Razer Synapse software.  In addition, this fast wireless mouse also has the advantage of a battery life of more than 100 hours.

Appearing as an FPS gaming mouse, playing heavy games and requiring fast mouxe performance such as Apex Legends and Halo, this mouse can work very well and effectively, especially when handing over precision weapons such as the Wingman or Battle Rifle.  One of my favorite features of the Razer Basilisk Ultimate is the charging dock which is small and convenient because it won't take up much space on your desk.

The Logitech G604 Lightspeed, which was just launched recently, immediately became one of the most favorite and best-selling gaming mice on the gamers market.

The incredibly long battery life makes it the perfect mouse for gaming on the go.  Logitech claims that the G604 can last more than 200 hours with just one AA battery.

While it's less flashy than typical gaming mice, it still has everything PC gamers need. The six reprogrammable buttons along the comfortable thumb rest make the G604 a great choice for those looking to rearrange controls just the way they want.